skip to main | skip to sidebar

A Really Good Analysis of Who Caused the Financial Crisis

Virtually everyone in government choose to look away. One notable exception was Ron Paul of course.

Image via WikipediaWhat did the housing bubble do to the money supply? Well, we don't know: the Federal Reserve decided to stop calculating the broadest measure of the money supply known as M3. Just too darn expensive they said. Or it was hurting their efforts to get the ostrich head deeply into the sand.

In any case, the perceived wealth of homeowners that enjoyed swelled home values, as well as the actual supply of dollars soared during the boom. All assets, real and paper can be traded interchangeably, so together there is a total amount of value or wealth in the system.

Now, what happens when the value of assets suddenly erodes, as they have with the mortgage crisis? The total amount of wealth declines. This manifests itself as deflation.

The Federal Reserve hasn't actually removed dollars from the world. But the effect is the same. It doesn't matter whether the breeze you're feeling is caused by a fan or vacuum cleaner.

It is only when money or assets participate in the economy, where one is traded for another, that impacts things. If you build a house and hang on to it for hundred years or bury all your money in the back yard for decades, neither is creating demand or supply for assets. Likewise, when everyone rushes into the market at once, perceived value plummets.

The most stabilizing thing the Fed can do is to support the dollar, that is, keep its value stable with respect to stable commodities. The great increase in the money supply (see the graph) made the housing bubble possible (its not the only cause, of course), but that inflation is in the system and will run its course. The Fed must act in this moment not with respect to things as they used to be.

Unfortunately, the Fed just stares at the CPI when deciding whether there is inflation. As if a statistic created by the government is providing an accurate picture. As if assets don't matter.

Image via WikipediaUniversity of Calgary climate change scientist who’s developed a machine capable of removing CO2 from the air.

Awesome. If this approach can be scaled economically, its the answer to the climate crisis.

Scientists and engineers pull our bacon from the fire (ok, they helped start the fire, but still :-)

Another Sane Perspective on the Bailout

Another rational perspective on what the government is doing from the CEO of a healthy bank.

Please consider and share this with other intelligent people. Perhaps together we can turn things back towards sanity.
Posted by Al Brown at 9:58 PM No comments:

The 7 Destructive Ideas at the Root of Washington's Failure

7 destructive ideas that created and are sustaining the mortgage debt mess, courtesy of Rich Toscano at the Voice of San Diego.Read the article. We need to end this denial of economic reality.

Obama or McCain please hire this guy! Whoever does gets my vote, assuming they listen to him.
Posted by Al Brown at 7:22 PM 1 comment:

What the Fed Should be Doing

Take a look at the 10 year chart for gold. You can see the inflation and the recent instability and deflation. The very last upswing took place when the 700 billion bailout was announced last week.

The dollar has been deflating recently. The Federal Reserve should stabilize the value of a dollar. Only recently it has become concerned with inflation because consumer prices are moving up.

But the Fed looking at the wrong number. Inflation has been happening for years, but its been happening mostly in housing, fuel prices and other commodities, while finished goods have been cheaper due to globalization.

The so-called core rate of inflation does not tell the complete story. It is not a leading indicator of inflation, but a trailing one.

It is not enough for the Fed to change interest rates based upon its feeling about the future direction of the economy. The Fed has got to change its strategy and work consistently to stabilize the dollar.

What the Fed is currently doing is like looking at how much water is entering the storm drains to predict hurricanes. It can't possibly work!

Ah, So Markets Do Work After All

Licenses to catch fish enable fish populations to rebound, according to this article in the NY Times. The tragedy of the commons is avoided when the right to catch can be bought and sold. Prices go up, which restricts demand, which is exactly whats needed to save these populations.

We really need this, especially with robotic fishing almost certainly on the way. Drones that operate completely underwater may not be detectable, though. But legal supplies can be tracked and illegal sources show up after legitimate sources are subtracted from the picture. Licenses also give legal fishermen incentives to find poachers too.

Robotic fishing will greatly reduce bycatch, though, which is other creatures not being fished that are killed by fishing. And fish can be kept in the ocean until a port is reached, meaning less trauma and healthier food.
Posted by Al Brown at 7:46 PM 1 comment:

Both these guys are senators and have been looking the other way as private interests have used and abused the taxpayer. Bloomberg reports both are promising to clean up Wall Street:

The last eight years ``have brought us to the most serious financial crisis since the Great Depression,'' said Obama, the Democratic nominee, in a statement that also called for ``modernizing'' the rules governing financial institutions.

``We will never put America in this position again,'' McCain, the Republican nominee, told supporters in Jacksonville, Florida. He vowed to ``clean up Wall Street'' and ``replace the outdated, patchwork quilt of regulatory oversight.''

The reality is that the government allows business to write its legislation and profits flow to private interests while risk goes to the taxpayer. Its the same old story over and over again.

Congress does not pursue the interests; it pursues the interests of whoever is giving them campaign contributions.

We simply must reform our electoral system so that all the voters have their interests represented. If we don't take action, expect more of the same stupidity.

Distractions caused by text messaging can be dangerous, as evidenced by this Google search.

What can be done about this, especially for charged with driving trains or buses? Does it make sense to give such operators special cell phones that cannot text or make calls (except to others working for the same transportation agency or 911) while in motion?
Posted by Al Brown at 1:39 PM No comments:

The Truth About Mass Transit

thetruthaboutcars.com has a post that uses this photo from China.

The ironic thing is that it shows you some truth about buses too, as the gridlock depicted is clearly caused by buses blocking exits from the traffic circle. Where there are no buses, there's traffic flow. The buses form bigger barriers on traffic circles.

The solution to this particular problem is not getting rid of buses, of course. Its installing signals to stop traffic from coming on to the circle when things get blocked.

I like traffic circles, but there a bit tough for pedestrians, especially handicapped people, to navigate. Signals can help there too, of course. The so-called modern roundabout has this and other features. Wikipedia has an interesting article about them.
Posted by Al Brown at 7:41 PM No comments: 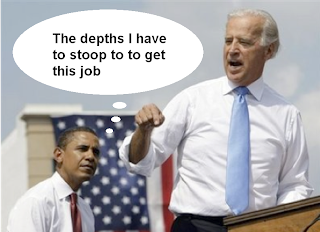 The privacy of our visitors to reinventdemocracy.org is important to us.

As with most other websites, we collect and use the data contained in log files. The information in the log files include your IP (internet protocol) address, your ISP (internet service provider, such as AOL or Shaw Cable), the browser you used to visit our site (such as Internet Explorer or Firefox), the time you visited our site and which pages you visited throughout our site.

We do use cookies to store information, such as your personal preferences when you visit our site. This could include only showing you a popup once in your visit, or the ability to login to some of our features, such as forums.

We also use third party advertisements on reinventdemocracy.org to support our site. Some of these advertisers may use technology such as cookies and web beacons when they advertise on our site, which will also send these advertisers (such as Google through the Google AdSense program) information including your IP address, your ISP, the browser you used to visit our site, and in some cases, whether you have Flash installed. This is generally used for geotargeting purposes (showing New York real estate ads to someone in New York, for example) or showing certain ads based on specific sites visited (such as showing cooking ads to someone who frequents cooking sites).

You can chose to disable or selectively turn off our cookies or third-party cookies in your browser settings, or by managing preferences in programs such as Norton Internet Security. However, this can affect how you are able to interact with our site as well as other websites. This could include the inability to login to services or programs, such as logging into forums or accounts.
Posted by Al Brown at 9:06 PM No comments:

Scott McClellan reveals in his new book how screwy the Bush Whitehouse is and how they deceived the country about the Iraq War.

Stay tuned, especially if the Democrats get in. People will be coming out of the woodwork talking about all the arm twisting, data dumping and fabrication committed during this shameful period.
Posted by Al Brown at 4:55 PM No comments:

Al Brown
I'm a software engineer fascinated by how things work. And now I am working on the problem of muscular stiffness and all of problems it causes.